(CNN) The fear of being a helicopter parent began years before I had my first son. Back then, I was fairly certain I could avoid overparenting, and would give my children a healthy amount of freedom.

Now, seven years and two kids later, I have no idea if that's the case. If I get down on the floor to do blocks with my toddler, am I guiding or hovering? If I help my kindergartner with a school project, am I inspiring or overbearing? 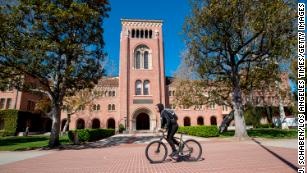 Getting kids into college poses ethical quandary for many
While "helicopter parent" was first identified decades ago, the concerns surrounding it have evolved. First, we largely worried about the effect this style of parenting had on kids, who were being raised in a pressure cooker and suffering anxiety and depression as a result. Then we became worried about the effect it had on parents, particularly working moms who couldn't keep up with the relentless demands at home after a day in the office. Now we are contemplating the way helicopter parenting feeds the growing gap between the rich and the poor.
In their new book "Love, Money, and Parenting: How Economics Explains the Way We Raise Our Kids," economists Matthias Doepke and Fabrizio Zilibotti look at how parents in more unequal societies, like the United States, tend to push their children harder than those in more equal societies, like Sweden. The more we perceive the world as one in which the winner-takes-all, the more we are likely to do whatever we can to ensure that our children are the winners.
My hand-wringing over possibly being a helicopter parent takes into account all three of these issues, along with one more complicating factor. Research shows that some degree of hands-on parenting can actually be beneficial for children, helping them emotionally and cognitively. My own life also tells me that some degree of hands-on parenting can be fulfilling for the parents too. I'm not pining for the days of benign neglect, but I also don't want be buying my children's toilet paper for them while they are in college -- a college they got into with the help of the thousands of dollars I spent on tutoring, or worse.
How do we know how much parenting is the right amount? And how can I figure out if that is the amount I am doing? Or, in other words, am I a helicopter parent?

Helicopter parenting is not the same as intensive parenting

One reason I am so confused about whether or not I am a helicopter parent is because the definition of it is unclear. "Helicopter parenting" is often used as a synonym for intensive parenting, and, more confusingly, both permissive and authoritarian parenting. But these are all different.
Intensive parenting means you put a lot of time, energy and thought into raising your children. Helicopter parenting means you oversteer and overprotect, leaving little up to chance. Helicopter parents can come in all flavors. There are the buttoned-up ones, who have their sights set on Ivy League degrees, and free-spirited ones, who view the curation of their child's creativity and self-expression as a monumental task. 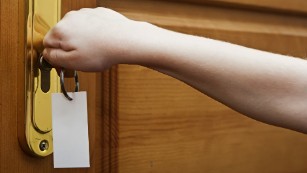 From '80s latchkey kid to helicopter parent today
Permissive and authoritarian parenting is part of another taxonomy altogether, one that also includes authoritative parenting. Authoritarian means you lead by command without taking the child's desires into consideration; authoritative means you direct your children, but are also responsive and nurturing; and permissive means you let your children do whatever they want.
One can be permissive or authoritarian and still be a helicopter parent. Permissive helicopter parents ensure that their child gets what their child wants. Authoritarian helicopter parents ensure that their child gets what the parent wants. Either way, the child has few opportunities to fend for herself.
"Helicopter parents don't develop independence and self-advocacy in their children," said Catherine Steiner-Adair, clinical psychologist, school consultant and co-author of "The Big Disconnect: Protecting Childhood and Family Relationships in the Digital Age."
Self-evaluation is always a risky endeavor, but here it goes. I give my kids a decent amount of free time, allow them to experience failure, and don't force them to take up a hobby unless they're interested. However, when they are interested in something I encourage it, engage with them about it, and make them stick with it. I'd say I am an authoritative and non-helicopter parent, while quite possibly an intensive parent. But as to whether this is a bad thing, requires me to understand when and how intensive becomes too intense.

Karen Zilberstein, a psychotherapist and author of "Parents Under Pressure: Struggling to Raise Children in an Unequal America," thinks some of the guilt around intensive parenting today is misguided.
"Right now the culture is asking us to raise skilled kids in a culture that is more complicated than it was in the past," she said.
For most of history, she explained, childhood was much shorter. It was reasonable to believe that a person could gain all the skills they needed to succeed in life by age 13. But now childhood lasts much longer, some say throughout our early 20s, in part because people today have a lot more to learn about how to make it on their own than their counterparts in the past. 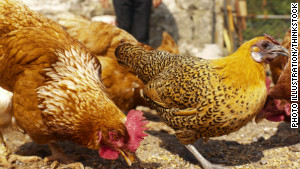 A helicopter dad embraces free-range parenting
This makes the fact that we coach our children more than our parents coached us a little bit inevitable, and, in many ways, desirable.
Perhaps we should focus less on how much time we spend engaging with our children, and more on the quality of that engagement. Steiner-Adair said the trick -- and it's not always easy -- is to listen to your kids, early and often. Try to understand who they are, what they want, and then help them try to achieve it.
"When parents have a narrow definition of success, when they think their job of being a parent is to chart a path, with low risk, to the door of their definition of success," that is the problem, said Steiner-Adair. "The last thing you want is a child to feel that who they are isn't good enough and what they love doesn't matter to you."
I suspect a line can be drawn between parents' inability to meet their kids where their kids are at, and the widely shared feeling that parenting today is relentless. There's no question that parents today are overtaxed, in part due to unforgiving workplaces and a lack of governmental support for working families. Though for some of us, particularly middle and upper-income families, at least some of the burden of parenting could be relieved by lowering our expectations for our children and allowing them to lead.

Remember: This is not just about yourself

Ultimately, the most pernicious effect of all this hand-wringing over helicopter parenting is the way it turns our gazes inward. We think a lot about ourselves as individuals, whether we are doing too much, and what we can do better. This heightened concern rarely spills over to thinking about others, people we could help, or with whom we could make life better for ourselves and our children. 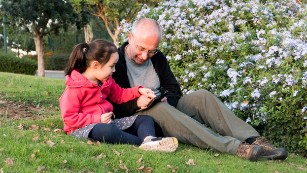 For gifted kids, better to be hands-on or -off?
Zilberstein encourages upper- and middle-class parents to think less about whether or not they are giving their children an advantage, and more about the ways they can help share those advantages with other children. This might involve offering to help drive another child to music class whose parents don't have the means or ability to get their child there, or to get involved locally with an organization that works with low-income families. Also, supporting universal, and high-quality, childcare, preschool and after-school programs is a great way to try to level the playing field.
For those who feel like they are overdoing it with their kids but don't know how to stop: This is not a problem most of us can fix on our own. Our homes may feel like private places, but the energy and ideals within them often come from the world outside our doors.
"If you live in a culture that says you can't let your kids get off the bus without an adult there to take him home, or we'll arrest you for letting your kids walk home from the park, how can you do anything other than spend more time with them than you otherwise care to?" said Lenore Skenazy, founder of the Free-Range Kids movement and president of Let Grow, a new non-profit promoting childhood independence and resilience.
Let Grow has a number of useful suggestions to give our children more freedom. They recommend that schools keep gyms and playgrounds open after-school, for mixed-age free-play. Also, parents and schools should team up and encourage children to pick activities they feel ready to do on their own, like walking the dog or making dinner, and then give it a shot.
"One thing to remember is that none of us are purely anything. People think I am anti-helicopter parenting, but what I am really against is a culture that has made us so scared about everything, like our kids falling behind or getting hurt," Skenazy said. Forget worrying about what kind of parent you are, she explained, and instead ask yourself: "Are there things in my culture or community or block or school or house that are making me and my child miserable that I can change? Things that I find too onerous and unnecessary?"
The first thing I'd change is my habit of processing my parenting through trendy, social science catchphrases and click-bait opeds. Am I a helicopter parent? An intensive parent? Who knows. As long as my kids feel heard, have space to make their own choices, and I'm doing what I can to help make sure other children feel the same, we're good.

REGISTER TO GO TO SCHOOL

Enter information we will contact you back, If you want to contact me or call me immediately ...